Learn how Podia creator Nick Huber uses his experience building a successful small business to help other entrepreneurs succeed through content and courses.

Three and a half months later, his course was ready to launch.

"I didn't overthink it. I didn't spend too much time in the weeds. I got it out," Nick explains.

The course took off. Nick made $350K in course sales in the first month.

But sales like that don't just come out of nowhere.

Read on to learn how Nick grew his audience by building in public, his course launch strategy, and advice for other creators.

As the founder of The Sweaty Startup , he shares a behind-the-scenes look at what it means to run a successful small business through his newsletter, blog, Twitter, YouTube channel, podcasts, online courses, and online community.

But Nick hasn't always been a creator.

Before launching The Sweaty Startup, Nick was already a successful small business owner. He started a student storage business with a friend during his senior year of college. Storage Squad expanded to 25 college towns; after 10 years, the duo sold it for seven million dollars.

Along the way, Nick realized that there isn't much content out there about building what he calls an "unsexy small business". He decided to start filling that gap by building in public: sharing his insights from growing a successful small business and navigating the world of real estate investment.

In 2018, Nick was on a mentorship call with his little brother, who runs his own small business, when inspiration struck for The Sweaty Startup Podcast .

Nick was sharing the things he learned firsthand from building his own business. If his brother was learning from Nick's expertise, surely other small business owners were hungry for that kind of content.

“I’m really passionate about entrepreneurship and small business. So I started creating content around the thesis of ‘unsexy small business’.”

"A lot of entrepreneurship content is tech, startups, Shark Tank, and new ideas and inventions," Nick explains. "And I'm kind of in the camp that the way that a lot of people get wealthy in our small towns, in our neighborhoods, is through boring old small business."

He launched The Sweaty Startup Podcast to share "the principles, strategies, and methods used to grow successful companies."

At the same time, Nick started writing articles about entrepreneurship, small businesses, and real estate on his blog . A couple of years later, he added a newsletter to send exclusive content and advertise his courses to subscribers.

Now, the podcast has nearly 300 episodes and over 1.5 million downloads, and the newsletter has over 22K subscribers.

And most of those people found Nick through Twitter, where he grew his following to 245K tweeting insights as a "self storage owner/operator by way of a small unsexy biz".

Turning Twitter into the top of the funnel through transparency

As Nick created content, he realized he needed to build an audience of fellow entrepreneurs.

“The thing about entrepreneurship is it’s kind of a lonely journey.”

He decided to focus on growing his online following in 2020. Nick chose Twitter because it was less anonymous than the entrepreneurship subreddits he'd seen. He liked how he could use Twitter threads to share ideas and stories, like this one :

Spending more time on Twitter reinforced Nick's belief that not enough entrepreneurs shared honest insights into what it takes to grow a business.

"I think there's a stigma in entrepreneurship that, you know, you've gotta keep it a secret," Nick says. "You don't want to share what you do too much, or people will steal it."

So Nick started tweeting about his experiences in small business and real estate. He shared what he calls "an uncomfortable amount" of information on how he and his business partner, Dan, ran their business.

Dan was naturally a little bit skeptical at first.

"When I first started writing and sharing everything about our business, Dan called me and said, 'Nick, you gotta explain this to me. What is there to gain by telling people how we do business?'" Nick remembers.

"I was like, 'Dan, you don't understand. I'm meeting other people who are doing big things. And they're starting to trust me. I'm starting to build a rapport with them. And I think it'll accelerate what we're trying to do. And he trusted me."

Nick's risk paid off: He has 245K followers and 20 million monthly impressions on Twitter. He calls the platform the “top of funnel for the Nick Huber brand”.

As his audience grew, more and more people asked Nick for real estate investment advice — to the tune of 30 direct messages per week. It was clear that people wanted to learn even more from him.

And Nick was ready to teach them.

Ship and iterate > make something perfect

Knowing that there was an audience ready to learn from him, Nick focused on getting the course to them — without obsessing over making it perfect.

Nick promoted the course to his audience via Twitter . He offered a generous discount to the first 100 people to sign up.

Nick made $350K in course sales in the first month.

In addition to the audience he built before releasing the course, a big part of that success comes from not undervaluing his work. "I definitely struggle with the anxiety of 'am I really qualified to do this?'. I have to fight through it," Nick shares. Overcoming that imposter syndrome gave Nick the confidence to charge $2500 for his course .

Now, Nick relaunches his masterclass twice a year. He keeps the content up to date and relevant, making it an evergreen resource for those who invest in it. "I've probably spent twice as much time on it now, making it better, adding sections, editing sections," he says.

He sells his masterclass alongside several smaller courses , all of which he hosts on Podia .

Nick chose Podia to sell his online courses because he wanted his students to have the best learning experience possible. With Podia's course builder , Nick's content goes far beyond a 10,000-word PDF — it's a multimedia program of text, videos, and quizzes.

He can track students' progress and watch how they interact with the content, which helps him ensure they get all the info they need to succeed.

"I don’t know of anything I don’t like about Podia right now -- it’s great," says Nick. "The value prop is phenomenal, the price point is phenomenal."

Nick has two recommendations for his fellow entrepreneurs:

You don't have to do them in that order: "When it comes to writing a course, even if you don’t have an audience, it’s still worthwhile to clarify your thoughts."

Nick explains that writing course content helps him organize his ideas around a subject and find gaps in his knowledge.

To build a business, though, creating that content isn't enough. You need an audience to share it with.

"If you want to make money, you need a following," Nick advises. "I thought that people with big followings on social media and YouTube were creating content for fun — I didn’t realize how much it can amplify your career."

"I found the more I shared, the more my network exploded and I found amazing people to invest with me, work with me, teach me, and just become friends with me."

“Opportunities come from people, sharing, knowledge, and collaboration, and the internet is where that can happen.”

Join the 150,000+ creators who use Podia to create websites, sell digital products, and build online communities. 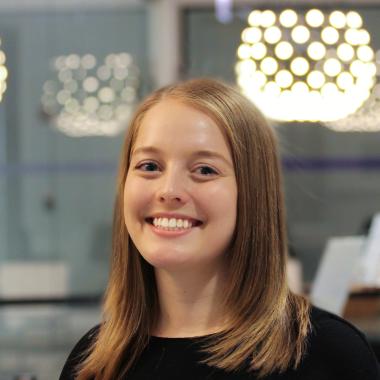 Rachel is a content marketer for Podia, an all-in-one platform where online courses, digital downloads, and communities scale with their creators. When she’s not writing, you can find her rescuing dogs, baking something, or extolling the virtue of the Oxford comma.