Creators want communities, but none of today’s community platforms have the feature that creators say is most important.

Research from Global Web Index shows that participation in communities has been increasing each year, going from 72% of internet users in 2017 to 76% in 2019. Research on Gen Z shows that this is especially true for younger audiences, who feel that public social media is too cluttered, and private conversations are a better way to interact online.

Online communities are experiencing a renaissance . Users flock to communities instead of public social media. But in the transition from one-to-many, are community platforms building for creators — or for themselves?

Twitter recently announced Twitter Communities, but the first two weeks of its Super Follows feature generated only $6,000 in revenue . Facebook Groups are popular, and the company has been pushing them through ad campaigns and prominence in the news feed. But is that useful for creators who have most of their work off the platform?

To get more info, we surveyed 602 creators about the community platforms they use, what they think of those platforms, and what’s most important to them as they build their communities.

The results were surprising:

Of the 602 creators surveyed, 471 were actively running communities, and these are the creators we include in this report.

Here’s the breakdown of platforms used.

We asked creators if they would move their community to another platform.

Of the creators surveyed, 86% — almost 9 out of 10 — want to switch community platforms.

First, the overall numbers. Across all platforms, 86.2% agreed they would move. Only 3.6% disagreed.

Across the board, creators using any platform were likely to say that they want to switch. But there is still a strong difference between people using Facebook instead of other platforms.

Among people not using Facebook, the numbers were slightly more favorable to incumbent platforms — 78.7% agreed they would move, and 4.1% disagreed with moving platforms.

Facebook users, on the other hand, are looking for the exit. 88.8% of Facebook users want to switch platforms. Only 3.44% want to stay.

Why does Facebook in particular get such a negative response? Facebook as a company is mired in controversy, with story after story about radicalization , privacy concerns , misinformation , and top executives shutting down plans to fix these problems.

In this survey, creators had the opportunity to elaborate on responses. Here are a few of the responses that explicitly called out Facebook’s ethics concerns.

Shadiness seems to be a factor, but creators had practical concerns as well — searching and filtering in Groups is rudimentary, Facebook can be distracting, and the algorithm affects how much control creators have over the content in their groups.

One creator went into detail, neatly summarizing the concerns with Facebook as well as the challenges of running a community without creator-friendly platforms.

“It was so hard to choose just one thing that is the most important about running a creator community. I have to pay a full-time VA to admit members, welcome them, moderate, etc. We have Google Sheets and separate Facebook Messenger software that costs $30/month, plus we are slaves to Facebook's algorithm and distractions. It's such a mess. Then, there's Patreon that creates much more administrative work than I get paid for ($5/month per person less taxes and fees). I would love to have an alternative that I own and where I can nurture people into my courses and programs and communicate with them as a group or individually.”

Creators generally feel that community platforms don’t solve the challenges they face. As a result, they’re forced to hack everything together with different tools — incurring extra costs and more work for a still-unsatisfactory result.

We asked people which of 6 features were most important for choosing a community platform:

Three features are clearly more important than the others. Check it out below:

Interestingly, moderation was by far the least important feature.

As for the second biggest problem, creators who run communities use platforms that provide a smooth log-in experience. Equipped with familiar and tested log-in tools, it makes sense that many creators choose Facebook Groups, as most people will already have a Facebook account.

At the same time, it’s unlikely that these platforms can fully meet the needs of creators, for at least two reasons.

For starters, giant social platforms have to invest in moderation to prevent the spread of hate speech and misinformation. Facebook clamping down on groups is good for stopping hate and lies, but it targets primarily big, public groups that have little in common with the communities creators build. And, as we talked about earlier, moderation isn’t as significant a problem for creators — which means social platforms are investing in features other than what creators need.

Secondly, the biggest problem remains unsolved. Creators want their communities to connect to the rest of their work. They don’t like switching between platforms, or forcing their audiences to switch. They currently use social platforms to solve the log-in problem — but only because there are no platforms available that solve their most important problem.

What’s the hardest part about running a community? Getting people to log in

We asked people to rank 6 challenges of running a community, from most difficult to least difficult. These are the 6 challenges, listed in the order creators ranked them:

Bottom line, creators are looking for ways to get members to log in and increase the number of members in their communities, and it’s not going well for most of them. Comments in the survey mentioned that it was difficult to get members to post on platforms that they are not already logging in to regularly.

We asked creators how satisfied or dissatisfied they are with their current community platform.

At best, the response was lukewarm.

We also asked whether creators agreed or disagreed with this statement: “My current community platform is built to have the features that matter to creators.”

42% disagreed and 34.2% agreed. 21.4% didn’t agree or disagree. Combined, over 65% of creators don’t agree that community platforms are built with features for creators.

What do we make of these results?

Creators don’t despise their platforms, but they are not in love either. They are able to get by, to a degree, with the tools available to them — there wasn’t rampant dissatisfaction.

Takeaway: Creators don’t hate their platforms, but they are underserved and 9 out of 10 would switch

Creators aren’t getting what they need from today’s community platforms.

Creators struggle with community platforms because no platform has the mix of features and engagement that creators need. Facebook Groups, by far the most popular, make it easy to log in at the cost of flexibility and control, but that's where most of the benefits end. Other platforms offer better features for engagement, but are harder to get audiences to log into.

As the market stands, no platform has the feature that matters most to creators. Even with the rise of new community options, there are no community platforms that allow creators to keep their content and their audience in the same place. 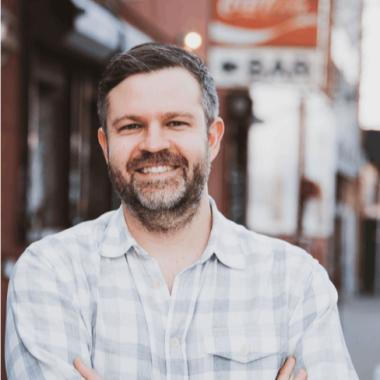 Spencer is the Founder and CEO of Podia, a platform that helps creators build and sell online courses, digital downloads, webinars, and memberships to their audience. Sign up for free today.